When winter descends upon the New Hampshire and Vermont landscape the woods become alive with the signs of life. When you combine a few inches of fresh fluffy snow over a hard icy crust, you are given a window into what all of the wildlife on your woodlot are up to. Their tracks tell a story of where they went, what they ate and whether or not they were staying around or just passing through. Winter can be a tough time for wildlife. They have to balance expending energy for food versus conserving it for heat. The predators will tend to be more active while those that are preyed on ( usually) tend to hunker down. Recently we were out working under ideal tracking conditions. The evidence was everywhere. Below you can see some of the photos we took. 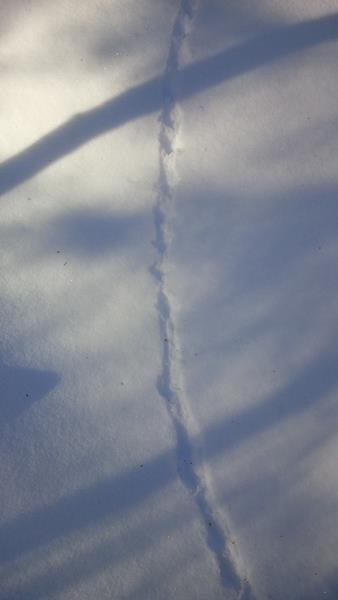 The Ruffed Grouse is a bird that somewhat resembles a wild version of a domesticated egg laying hen. They are a chionophile. Translated literally, it means an animal that thrives in snow and cold. They truly eximplfy that ! When the snow is deep and fluffy they will often drop deep into it and then burrow their way through it a distance of 3 or 4 ft from the hole. Where upon, they hollow out a space that allows them comfortably sleep away the night or a protracted cold snap. Starting in the late fall they will also grow little tiny cuticles on all of the claws on their feet, sort of like little combs. These give the grouse stability and bouancy while walking over icy ground or through deep snow. Natural snowshoes if you will. They will then lose these in late spring. During these harsh winter months they will remain close to a small spring/seep that never freezes – for hydration and actively seek out the tops of yellow birch trees – where they will feed on protein rich birch catkins. 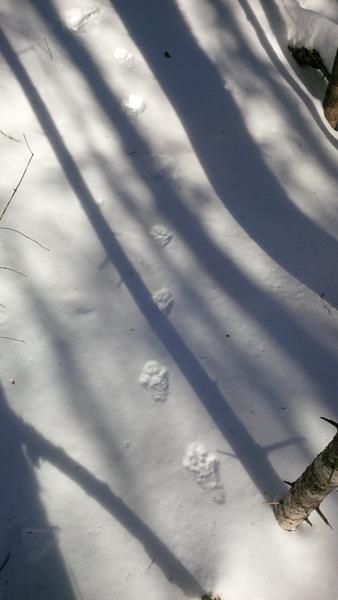 Informally referred to as the “fisher-cat” they are about as far from the cat family as any mammal could come. A frequent resident of New Hampshire and Vermont’s forests – they are a member of the musteliade (weasel) family. In fact they are only second to the otter as the largest member of this family. Agile climbers and incredibly strong they can often be found quickly and nimbly skirting up into the tops of spruce and fir trees chasing after one of their favorite meals – red squirrels. They are also one of the few predators that are able to kill porcupines. With their speed they can dart in and flip them over , exposing their vulnerable underbelly , whereupon they turn this prickly animal into a meal. At one time they were a rare sight in the forests of New Hampshire and Vermont. However, an elimination of bounties and highly controlled trapping season have brought their numbers back. 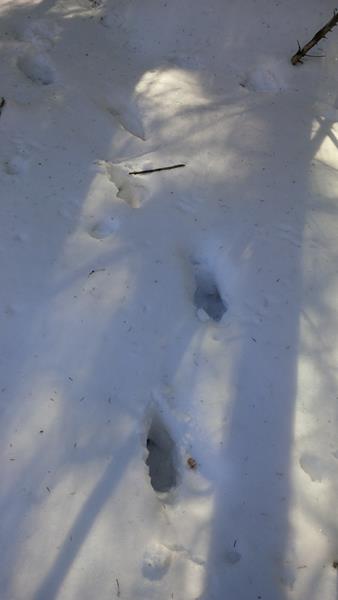 The largest ungulate found within the confines of New Hampshire and Vermont ‘s forests, the moose is as goofy looking as they are majestic. There is nothing more spectacular to witness than seeing a bull moose, with a huge rack – surrounded by the splendor of fall foliage. There is also nothing more funny than to see a large moose running like a goof - through the woods nearly tripping over itself as it motors along. Unfortunately, in the last decade the warmer winters have led to higher winter tick populations. These, in turn have taken quite a toll on the moose that live in southern New England. However, if we begin to have winters like we used to, this will resolve itself. The tick population will drop and the moose will benefit. 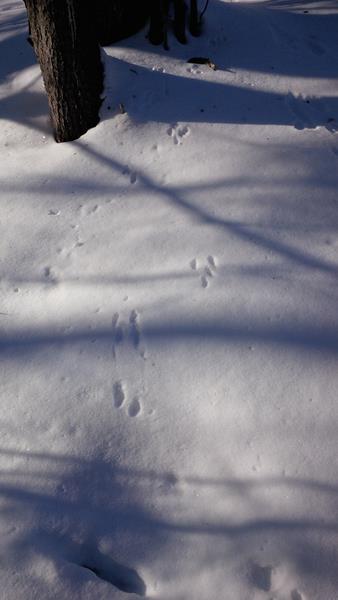 For a little animal red squirrel are quite territorial . Spending all of their adult life in an area of land between ¼- ½ acre in size, the males will defend their patch of property with a vengeance. If any other male squirrel tries to move in they will fight them to death. Another interesting fact is that they will often inhabit the same area they were born and raised in…almost like they inherited it.

This gives you a sample of the types of animals that can be found in the forests of New Hampshire and Vermont. If you want your forest managed so that better habitat is created for wildlife – give Stillwater Forestry LLC a call. We will make this happen for you.

If you are looking for a forest resource and wildlife management professional then please call 1-800-237-9253 or complete our online request form.